017 What Does A Traffic Accident Set You To Think About?

Enough talk about life and death, I thought. I was wrong. Just last Monday’s morning, at barely ten past six, I saw a toppled truck lying motionlessly near a traffic junction.  There had been an accident.

Rescuers were already on the ground.  But no one was on the driver’s seat behind the shattered window. The poor driver must have been ambulanced away. I lamented, ” Who would have expected to begin their day with a mishap?” 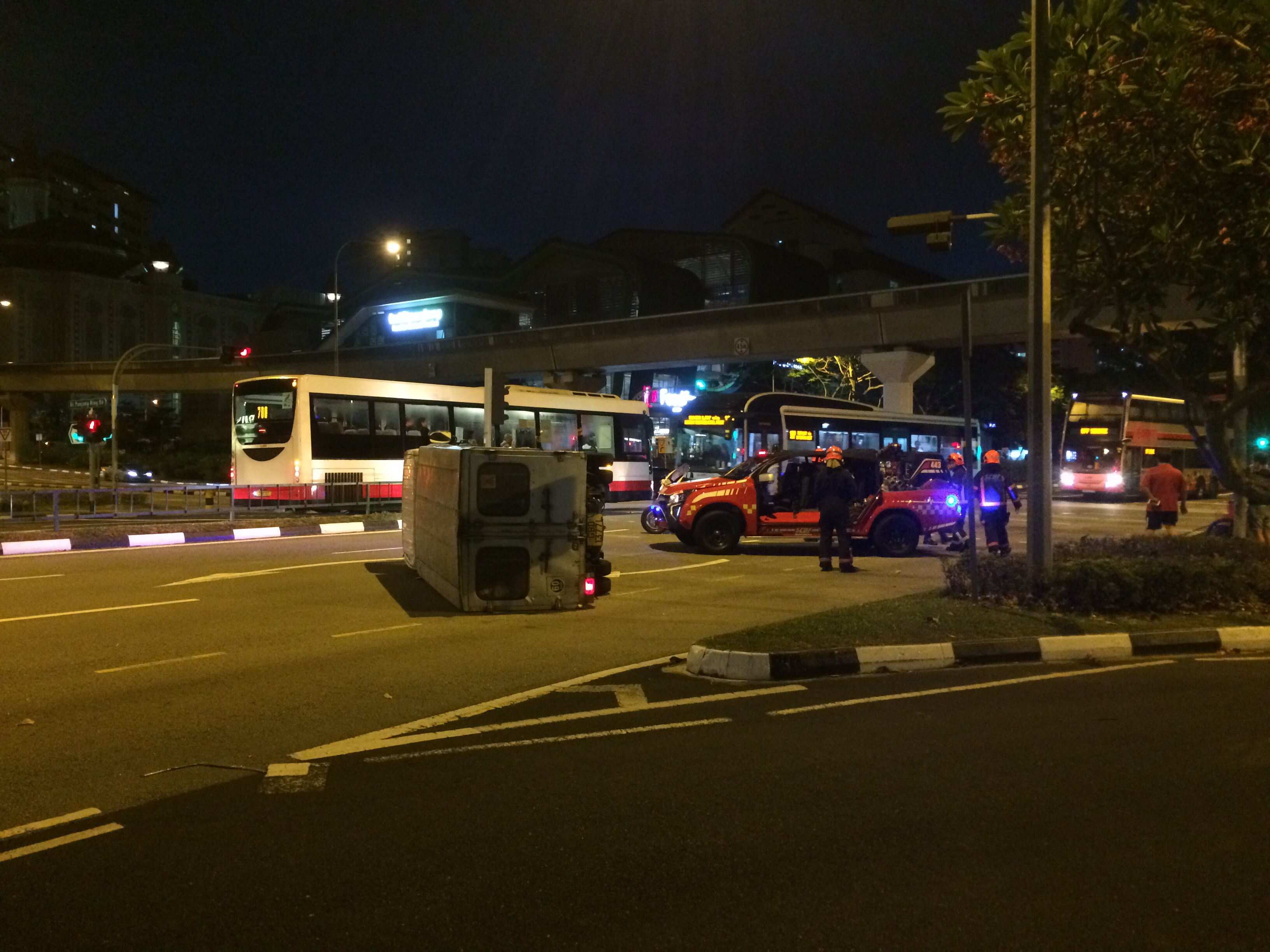 Like the other onlookers, I quickly moved on with my own business. An hour later, after my run, I found everything was returning to normal as the truck was getting ready to be towed away. 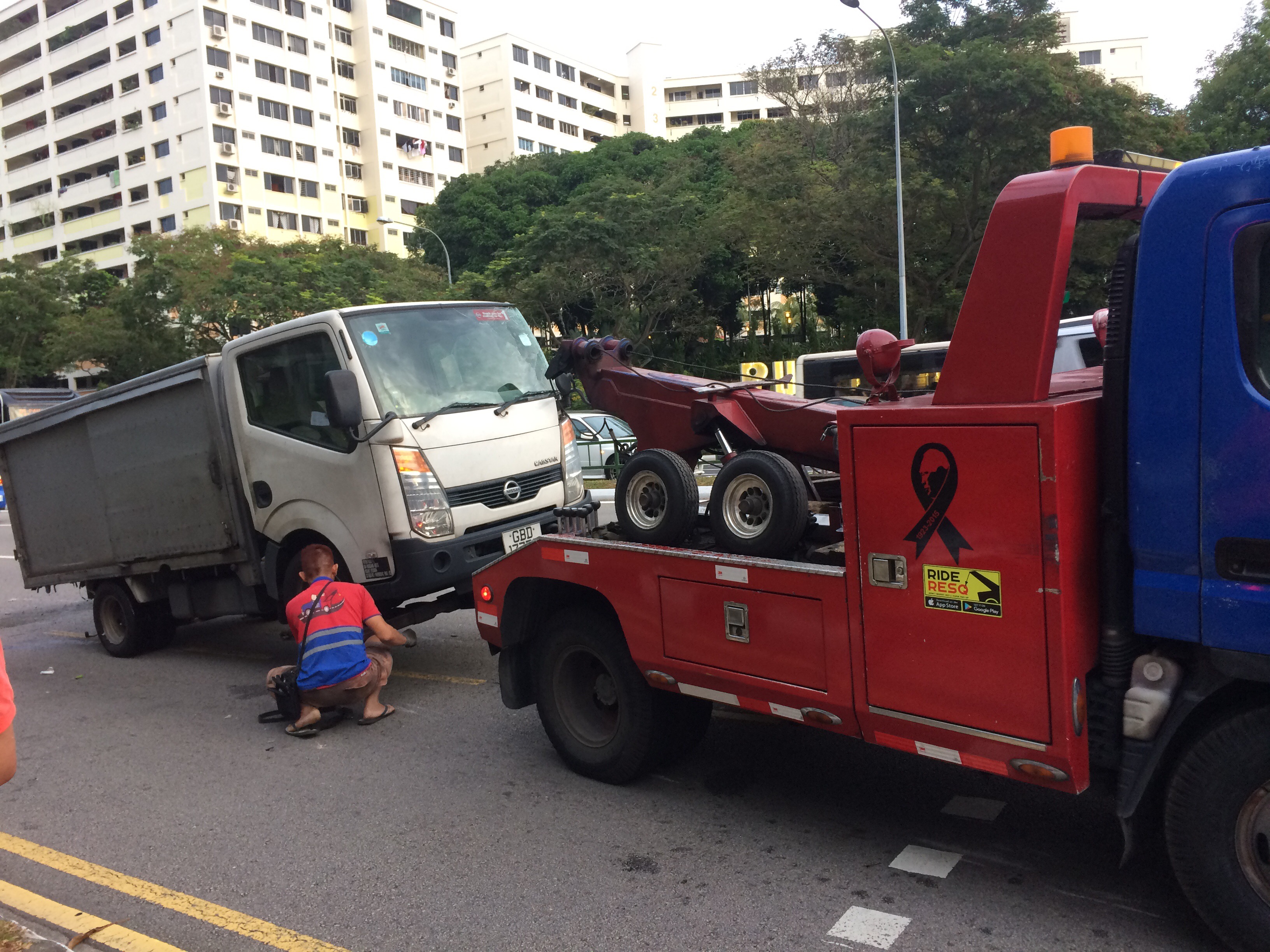 Then I spotted a worried-looking man nearby, I asked him, “Are you alright? Can I help you?”

As if he had been waiting for someone to ask him, the man blurted out, “It was all my fault. He was driving straight, and I turned into his lane.. I shouldn’t have tried to beat the traffic light…” The man was almost choked with emotions as he pointed to the traffic light.

I followed his line of direction and realised that he was pointing to the same traffic light crossing that I use every morning. I shuddered at the thought of his car beating the traffic light…

It is not uncommon to encounter traffic accidents on the roads. People would experience some stirring of emotions of sympathy for the victims had the accident been gruesome. But that’s about it. They tend to move on with their lives quickly as if nothing had happened.

But there is an important lesson that they are missing here. Traffic accidents are reminders that life is fragile and unpredictable. There is always an element of unpredictability in life, no matter how sure you may think tomorrow will come.

Keeping this lesson in mind doesn’t mean that you need to fret over death constantly.  After all it is a natural part of life that is unavoidable for everyone.

Neither do you need to put down everything you are doing and spend each day as if it is your last. Surely, there are things already in your life that you like to do and people you love to be with, last day or not.

What you ought to do is to accept that life is temporal, and learn to live in the moment. A friend A wrote to me thoughtfully,

“If we consciously remind ourselves of how little time we may have left with our loved ones, we will cherish every moment with them and we will not sweat the small stuff like being annoyed at them over trivial matters.”

No wonder I always feel something special about A’s family.  There is this gentle warmth between her and her husband, and between them as parents and their three wonderful children.

Finally, I’ve just one more thing to say. A number of friends told me that they hoped for a regret-free life.  Here are some most common regrets spoken by dying people, which I briefly mentioned in my very first blogpost:

I wish I’d had the courage to live a life true to myself, not the life others expected of me.

What do you imagine your regrets would be? A friend G remarked, “The greatest regret is probably to miss the chance of saying goodbye to our loved ones.”

It is not too late if you do it now. For starters, try out the four things-to-do before death that I repeatedly mentioned in my previous two articles.

First, express gratitude (道谢). Let the people who have supported you, know that you are truly thankful.

Second, express love (道爱). Let the people who you love, know and feel the strength of your love.

Third, express repentance (道歉). Let  the people who you have hurt, intentionally or not, know that you are genuinely sorry.

Fourth, express longing (道别). Let the people you wish to see, know that you like to spend more time with them.

It is easier said than done though, especially when it comes to expressing love and repentance. I shall discuss more when the opportunity arise.

I guess you had enough of talk about life and death. Me too. I will move on to another topic next week. A friend made me a hilarious suggestion.

Remember my funny friend X who coined her own version of the four things-to-do before death with “eat, sleep, shit, spit” (016: Cherish And Live Each Day Well)? I was so surprised that some friends remember her words better than mine.

In her signature humour, she texted me, “You have been thinking about life before death. Perhaps it is timely that you revisit the Haw Par Villa to learn about life after death.”

Probably she thought that a tour of Haw Par Villa’s 10 Courts of Hell will give me a chance to think seriously about the afterlife in hell! What a wicked humour!

Seriously, anyone think that is a good idea? Come on, I am not going to write anything about afterlife. Surely not.